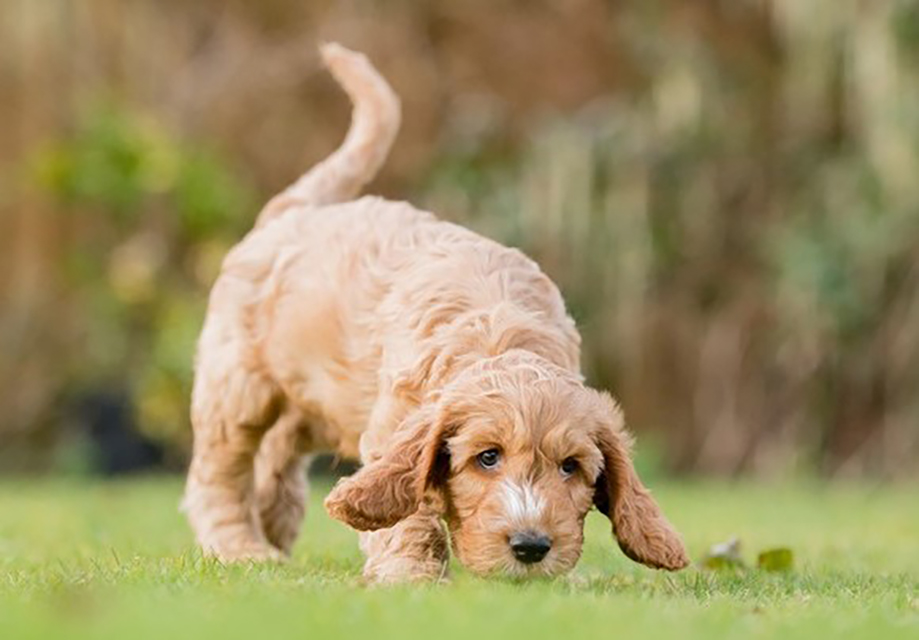 We’re delighted to be helping to sponsor Nutmeg, a hearing dog Cockapoo puppy, through a one-off donation to the Hearing Dogs for Deaf People charity. .

Nutmeg was by quite some way the biggest in his litter. In fact, it’s fair to say that he’s a very big boy, much bigger than his five brothers and one sister. As well as his size, he was also recognisable by his colouring: apricot, with a white chin and chest, and a white ‘splodge’ on his nose.

Now he’s grown a little, he’s shown that he’s a real adventurer. Nutmeg is always looking for places to explore, around the house, in the garden. It doesn’t matter where, because he’s so very bold. He’s also extremely affectionate, so when the exploring ends, the fuss and attention begins! Although sometimes he stops mid-adventure for a snooze. He particularly likes falling asleep with his head hanging out of the play tunnel.

Nutmeg’s fearless character means he can just go for it as far as training is concerned. Lots of pups around him? No problem. Introduction to new places and faces? Bring it on. Nutmeg regards it all as a wonderful adventure, and every day he grows, the world opens up to him. We’re so looking forward to seeing how this intrepid pup will develop,

Find out more and get involved at www.hearingdogs.org.uk